THE CRISES IN AFGHANISTAN AND THE SOLUTION 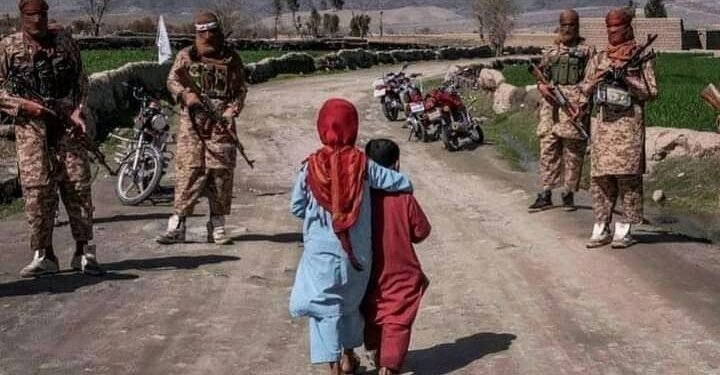 AFGHANISTAN is a Landlocked Country at the Crossroads of Central and South Asia. It is bordered by Pakistan to the East and South, Iran to the West, Turkmenistan and Uzbekistan to the North, and Tajikistan and China to the Northeast. Islam is the Official religion of Afghanistan and the majority of the Population is Muslim. Approximately 99.7%. There are some very small residual communities of other faiths, including Christians, Sikhs, Hindus and Baha’i.

The War in Afghanistan is a conflict that took place from 2001 to 2021. It Started with an Invasion of the United State and its Allies, following the 9/11 terror attacks that toppled the Taliban-ruled Islamic Emirate of Afghanistan to deny al-Qaeda a safe base of Operations in the Country.

Following the September 11 attacks in 2001. George W. Bush demanded that the Taliban, then de-Facto ruling Afghanistan hand over Osama Bin Laden. The Taliban’s refusal to extradite him led to Operation Enduring Freedom; the Taliban and their Al-Qaeda allies were mostly defeated in the invasion phase by  US-led forces, and the Northern Alliance which had been fighting the Taliban since 1996. A lot has happen since then till 2021.

As Believers, We know better that there is no nation, Kindred or Kingdom on earth that was born as a Result of Human Machination. Our God, the eternal king, rules in Heaven and yet rules over the affairs of Men. ( Daniel 4:3,25).

“The earth is the LORD’s: and his fullness thereof: the world and they that dwell there in” (Psalms 24: 1)

If it’s True that God rules in the Kingdom of men, He is the Governor among the nations nd gives dominion to anybody he chooses, it means He is not only aware of the existence of human Kingdoms and nations, but also keen about how they are administered from generation to generation. That is, every leader on Earth today, no matter how ungodly is but a puppet in God’s hand. Because, He has eternal purpose in view, nothing changes anything at the end of the day.

God is an expert at turning the tide of Human History to achieve his eternal goal. Even the devil himself is a pawn in His Chess. The Hearts of the Most ungodly rulers on earth are in his hands making them pliable, manipulable and amenable for the fulfillment of his divine Purpose.

“The King’s heart is in the hand of the LORD, as the rivers of waters, he turneth it whithersoever He will”  (Proverbs 21: 1).

God’s Eternal Purpose must Come to Pass. The will of God on Earth Must be done for his eternal purpose to be a reality. From God’s eternal perspective, all has already been concluded. But for that which pertains to the context of human reality, man must align himself to the will of the Eternal one. This, thus calls for responsibility to be taken by man. God’s will is not automatically accomplished on earth. It takes the agency of human submission to him for his will to be done on earth as it is in Heaven.

There is a call the Church of Jesus Christ to take up responsibility to Engage God, both in Prayers of thanksgiving, Petition, Legislation and Intercession for the Earth, to the end that the Kingdom of this world will become the Kingdom of our God and of his Christ and he shall reign forever.

This is not a time to have Compassion, its time to cry to God.