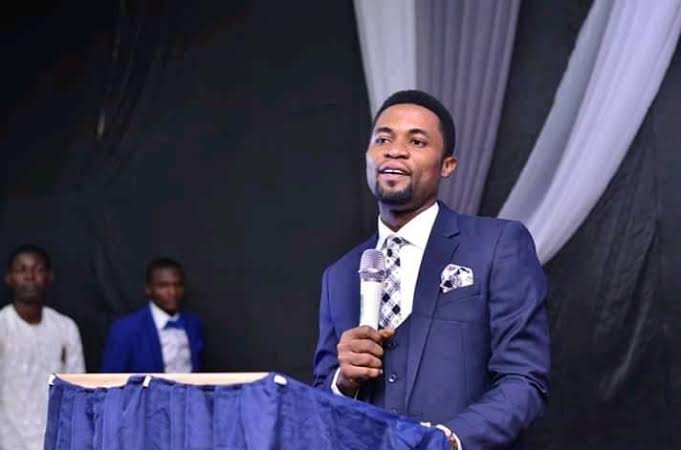 Share on FacebookShare on Twitter
What is the purpose of marriage?
1.The first purpose of marriage is to give you the privilege to be conformed to the image of God: That is why you will not find who you want to marry on the street you will work on that person, you will cultivate that person and while you’re cultivating that person yourself will be cultivated in the process.
So you may be looking for a woman that is patient meanwhile her impatience is what will help you to learn temperance and endurance so when God points at your wife your wife may not have patience so if you’re looking for marriage to be happy and you think happiness is about patience you will miss your wife because the idea is that you should be conformed to the image of Christ, Meanwhile the endurance that you don’t have is her patience that will teach you that endurance.
So God will deliberately allow you to marry her and may take you six years to cultivate endurance and you will learn it by teaching her, that’s a school of the spirit so the higher purpose of marriage is for you to be conformed to the image of God so that happiness will be captured in fulfillment not in excitement. It is when you have cultivated her and the glory in her spirit begins to emanate that’s when you will be fulfilled it is in that fulfillment you would be happy So when the purpose of a thing is not known the abuse is inevitable.
2. To preserve divine heritage:
The choices of marriage is to help transfer eternal ordinations for one generation to another so it’s God’s way of hiding dimensions of the spirit. So God will prefer you marrying someone with a Godly heritage than to marry a diva because God is trapping an ordination and only in such vessels can eternal ordination be captured.
3. Worship: it is in finding your wife that you will learn how to bend you will because worship is not a good song. Worship is the ability to conform to the will of the Father, so it not what I desire its what you desire not my will but thine and its in marriage that you will discover that so when the purpose of a thing is not known the abuse is inevitable.
4. To learn the mystery of oneness:
That’s the mystery that holds the God head together that’s the Father, the Son and the Spirit. The ability to live and become one and that was why he said for the woman love is submission and for the man love is sacrifice so everything the woman has she relinquishes it and it looks as if she’s vulnerable and then everything the man has he commands the man to lavish it on the woman so at the end nobody owns nothing and as they grow on that corridor a point come the woman is lost in the man and the man is lost in the woman so the mystery of divinity can be made manifest in their home so when you step into their family it becomes heaven on earth because God dwells there. When oneness is achieve alignment is achieved, for the Son to be on earth and knows what the Father is doing in heaven that’s oneness he said the feed purpose is priesthood, when the purpose of a thing is not known abuse is inevitable! Understand what you are called to achieve for him on the face of the earth because God didn’t call us for the formality of a call because if it was about the formality when you come to church and you’re excited that would have been enough but there is something God wants to achieve that is deeper than our excitement even though our excitement is part of it because he gave us emotion if it was not necessary he wouldn’t have given us the emotion he gave us but beyond it here is something God wants to achieve, Therefore understand who God is because before time was God existed because God dwelt in himself infact the name God means Self Existent One so he doesn’t need nothing to be God. The difference between you and God is that he doesn’t need you to be God but you need him to be human so before creation ever was God was, before the spirit one was created he existed in himself so God was both him and he was the house of God of God because God lived as God and he lived in God and he
needed nothing to be God but a point came when love compelled him and on the strength of the push and the existence of love God decided to begin to extend the civilization that was in his inside he began to extend it so that he could interact with what is in him outside of him the twenty and four elders told us that all things should please God so what was happening between the Father, the Son and the Spirit he wanted to extend it beyond his boundaries so that he could interact with other beings outside of him that was why they began the project of creation so that when he interact with the angelic that which happen in the community of the God head can happen outside of the community of the God head that was why creation was designed.
For creation to be accurate we must go back to understand what is it that govern the civilization of God and there are three things that govern the civilization of God.
1.The first is the will of the Father.
2.The wisdom of the Father.
3.The purpose of the Father.
Tags: APOSTLE OROKPO MICHAEL MESSAGES

[DOWNLOAD] A SOUND FROM HEAVEN – ABM 2021 WITH APOSTLE OROKPO MICHAEL