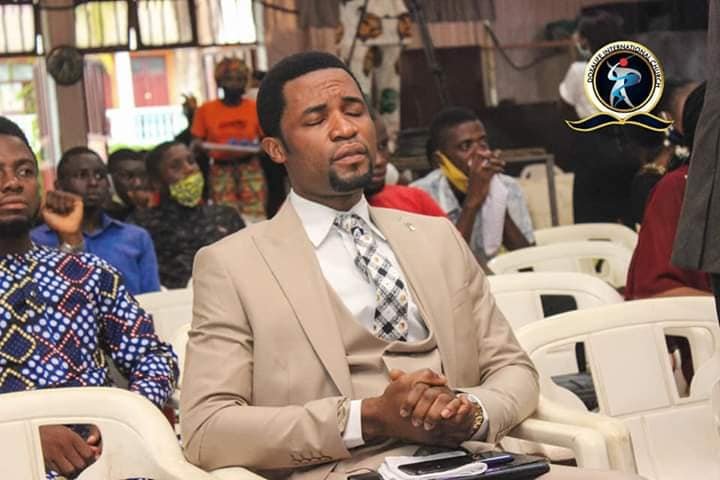 I fear God shouldn’t point us and yet we are not qualified. I fear! I fear!! I fear!!! What is the first requirement of the people that will power the last wine? Is Discernment. I’m telling you the conditions for this kind of Africans because these Africans are not those born in Benue, I’m telling you what makes this Africans, you will see revival break out in Asia and you’ll say Ahh!! I thought they say its Africa’s turn. The Africans are not black skimmed this is the requirement, you know when he said in Romans 9:4 he said who are the Israelites? He said those to whom pertained the covenant the giving of the Lord he began to outline who Israelites are so you can be among them but you’ll be a Muslim so you’re not Israelites? because you are in that location you are Israelites because you enter this qualification to whom pertained the adoption of the glory, the covenant, the giving of the Lord, the service of God and the promises, these are the Israelites. So you can be born by a Jewish man but you’re not God’s Israelites and that is why you and I became part of the covenant because the Israelites of God, adoption is part of it so in Christ we are adopted so I am as Israelites as a Jewish man. Who are the people? There are men of Discernment, there are able to discern the season and discerning the season isn’t about saying revival is coming! It’s says blow the trumpet in Zion sound an alarm upon his holy mountains but in 1cor.4:8 its says if the trumpet makes an unusual sound, who will prepare for battle? So the men who don’t Discern the sound will think that its business as usual. I’m talking about the people that God wants to fall upon they have discern the season they know what the readings of God is about for the now so they have refused to be at ease in Zion .The reason you had ease in Zion is because you didn’t hear the alarm, you heard the trumpet but didn’t know what it means that’s why some people would prefer to sleep on the floor and wake up at night because the demands of their alarm is to be awake at night and they know that if they don’t keep wake at night the day God announces his army, they will not be counted. So they are fighting to be numbered, they are fighting to be a part of the move of God!! The people God is talking about they have Discernment. A man who discerns don’t just know,he knows what to do. it is in the knowledge of what to do that he enters into what God wants to do. When you have discern you will know what to do.