UNDERSTANDING THE PURPOSE OF YOUR GIFTINGS – APOSTLE JOSHUA SELMAN 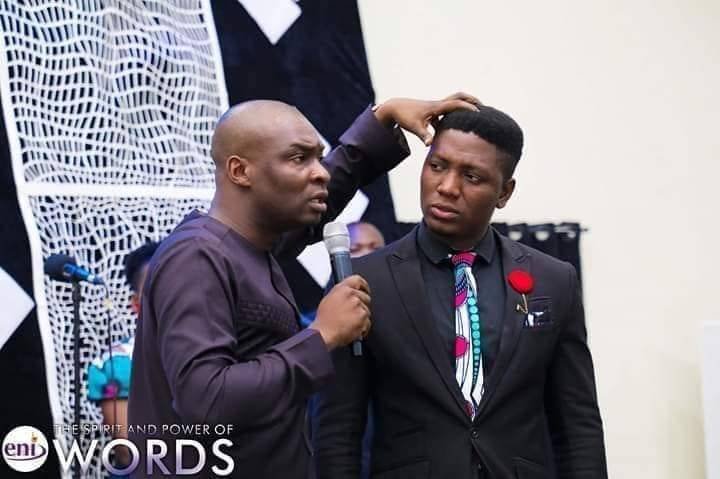 Your assignment on earth can be done in one day, DO YOU KNOW THAT? Don’t rush seasons in your life you will miss the season you’re trying to rush out of right now DON’T RUSH! Man of God stop carrying complimentary cards around, invite me God called me, the fact that you have to beg people to believe you is a sign that your evidence is little or zero the key to publicize yourself is to remain in the secret place praying, you are studying scripture, you are learning, the day they give you a mic to preach in one conference you will so represent the purposes of God in a way that you will never go back. While Joseph was in that prison I remember him just saying, God fan this flame, you have called me to be a great man I had a dream and in that dream I saw the sun, the moon and the eleven stars but how would it have happened? And then God said, Son! we have worked on this gift it’s time to use it. Two people have dreams and he interprets the dream and even when one tried to forget him, God now gave the king a dream and shut the heavens over the wise men and the sorcerers and the wine presser said I remembered my wrong, there is a young man! Can I tell you this? Your intelligence, your beauty, your grace, your voice, your fasting, non of it is a waste! I don’t watch so much of television but sometimes I watch a channel called food network and then there is this competition that they do sometimes, you almost can guess what they would ask you to cook with the kind of ingredients that you see there. So I want you to look at your life and look at the kind of weapons God is giving you it should suggest where you’re going to, the weapon of patience, the weapon of endurance, you’re smart enough to suspect and it save to suspect, Lord! Why are you giving me the weapon of patience? Why are you giving me endurance? Why are you training me to war? Why are you training me to pray? Why will I pray seven days dry? And God says, YOU! just do what I’m telling you. David! I’m training you with a lion and a bear but that’s not what will give you honour they are only school masters, the person you are going to fight is not a lion, the person you are going to fight is not a bear, I can’t use Goliath to train you so I will use what looks like Goliath. So you kill the lion nobody says thank you, I’m teaching you self-control and you kill the bear nobody says thank you, you are there in the wilderness then one day Can I tell you this? When your season of appearing comes ehn! it does not look like it you will get home in the morning and walk out like a normal day not knowing that,that is the day heavens will assign to honour and announce you! The young boy went to go and give his brothers food and when he went he saw a beast with six fingers and six toes roaring at veterans of war and yet non of them had the courage to fight and immediately he saw them he remembered, i have an evidence oo! I have an evidence, he went to meet the brothers and they said if you don’t turn back i will slap you now you think we are feeding sheep here? He said God disguised me using sheep but it’s not sheep that I have been tendering to, the same way God is using you he can bless you anywhere. Listen! God is a master! he uses situations to move you to prophecy, he can use a discussion at the back of your car to connect you to destiny helper! Listen! Always see the mysteries behind the activities you’re involved with, God can use a sick patient in the hospital and force you to get to that hospital because someone in that hospital is connected to your next level, it’s not about the hospital! If Joseph was not in the prison, how would he meet the wine presser? That’s why the Bible say “in everything give thanks” complaining is a let down of God’s integrity you’re only seeing part of the acting, GIVE THANKS! because there is something he’s doing.

[Download Mp3] I Shall Not Die – Apostle Joshua Selman