What Made Me Cry! – Dr Pastor Paul Enenche 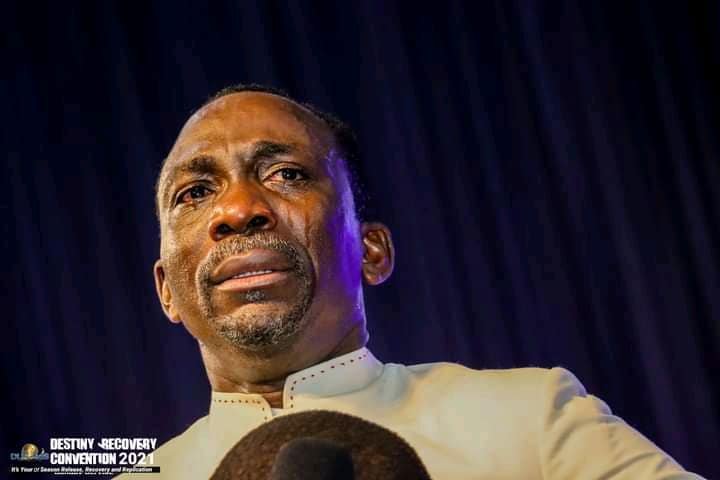 Share on FacebookShare on Twitter
The Boy Asked Me To Please Pray For His Father, Because From His Birth His Father Has Been Suffering Because Of Him, He Said He Want His Father To Rest.
TESTIMONY OF A BOY WHO WAS HEALED DURING WORSHIP, WORD AND WONDERS NIGHT 28th May 2021.
This boy was taken to India for surgery and his father was told to look for 25M for another surgery, he was placed on Oxygen at home by his father as instructed by the doctor, his left ear was blocked due to complications from the the illness, he was in pains, his father was restless, the boy has been going through all this pains and troubles without a biological mother, because he lost his mother too!
But while God’s Servant Dr. Paul Enenche was Ministering standing on the altar and making some brutal Declarations, the young boy fell under the Anointing and had an encounter, according to his testimony, he said he saw the Snr. Pst. Dr. Paul Enenche coming from the altar to meet him where he was sitting and praying for him, he said in that encounter the Snr. Pst. Placed his hands on his chest and declared him freed, he fell under the Anointing still in the encounter, in other words he fell twice under the Anointing,, he fell physically and also fell in his encounter, bam! The healing was sealed, he came out with his father to give God praise, he was also prayed for to be healed of his left ear that was blocked, instantly he could hear again.. Beloved!
We serve a miracle working God..
At this time a lot of people could not hold themselves, it was an emotional moment as people began to cry and weep!
Do you know why I am crying Dr. Paul Enenche Asked?
The boy told me to pray for his father, because he has been going through a lot because of him, he said from his birth, his father has been suffering because of him!
The father was prayed for as requested by the boy.
The boy was healed from multiples medical conditions that almost took his life, he was discharged and acquitted by the power of God!
This is what church is all about!

In God, whose word I praise— in God I trust and am not afraid. What can mere mortals do to me?
Psalm 56:4
DailyVerses.net
No Result
View All Result