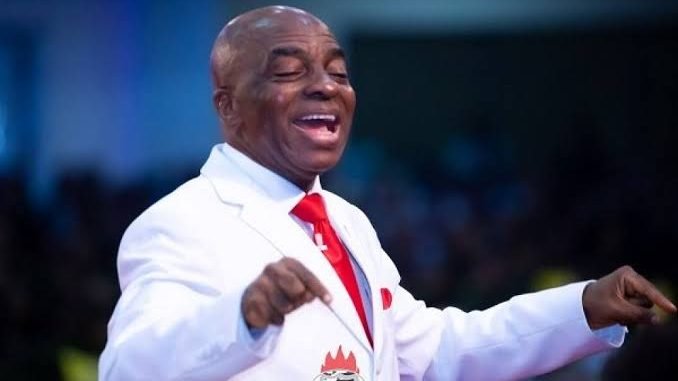 Even though we walk in the flesh we do not war after the flesh for the weapons of our warfare they are not carnal but mighty through God to the pulling down of strongholds which includes casting down imaginations you remember that in 2cor.10:3 – 5 that means the stronghold of our warfare is in the mind and every high thing that exalt itself against the knowledge of God and bringing every thought into captivity to the obedience of Christ.

How can you say we are talking about the stronghold of our warfare? they say imaginations, high things, high logics that exalt itself against the knowledge of God and bringing every evil thought into captivity and dealing with the thoughts so you can secure your heights in God. It’s so important.

Do you know why some people can’t just prosper in Nigeria? They already have concluded that its impossible to make it work here and they go through every means wherever they got their mentality from, they go through every means to escape from the country not knowing they are escaping from frying pan to fire and they become miserable individuals there lives lose value just everything that has happened to them the entirety of the accident begins from the mind. The weapons of our warfare they are to be directed to, first and foremost in dealing with the thoughts issue, casting down imaginations, bringing down every philosophy of men and bringing every thought into captivity and to the obedience of Christ that’s the call of our warfare, that’s the call of our warfare!! So it’s time to say I curse you evil thought! When its trying to rear up its ugly head and that it doesn’t matter in Nigeria context this is the only way to do business i curse you evil thought! I refuse to be a victim! I refuse to sell off my birthright! It’s too precious its time to talk loud to yourself. He said when your obedience is fulfilled you will avenge all disobedience.

The church is yet to pay full attention to this dimension of our warfare until we win the war of the mind we cannot win the war of life it begins from the mind. The weapons of our warfare is to be directed first and foremost to the on-goings in our mind, first and foremost! Until you overcome within, you cannot be an overcomer without. Your mind is the battle field of your life the weapons of our warfare must first be directed to the issues, to the on-goings in the mind and when we overcome within we become overcomers indeed.

Can I hear your Amen! Bringing into captivity that is, capture every thought compel it to obey Christ, capture every evil thoughts and bring it into subjection to Christ. No! No!! Because he said this!!! I see you leading captivity captive this week!!!! For the weapons of our warfare are not carnal, bringing into captivity every THOUGHT! I’d like you to underline that word in verse 5 “EVERY THOUGHTS” until you arrest the thoughts you remain under arrest. You have to arrest that thought before you can be free from your arrest! Until you arrest that evil thought you remain under the captivity of his wickedness but today there is liberty! Can I hear your loud amen!!